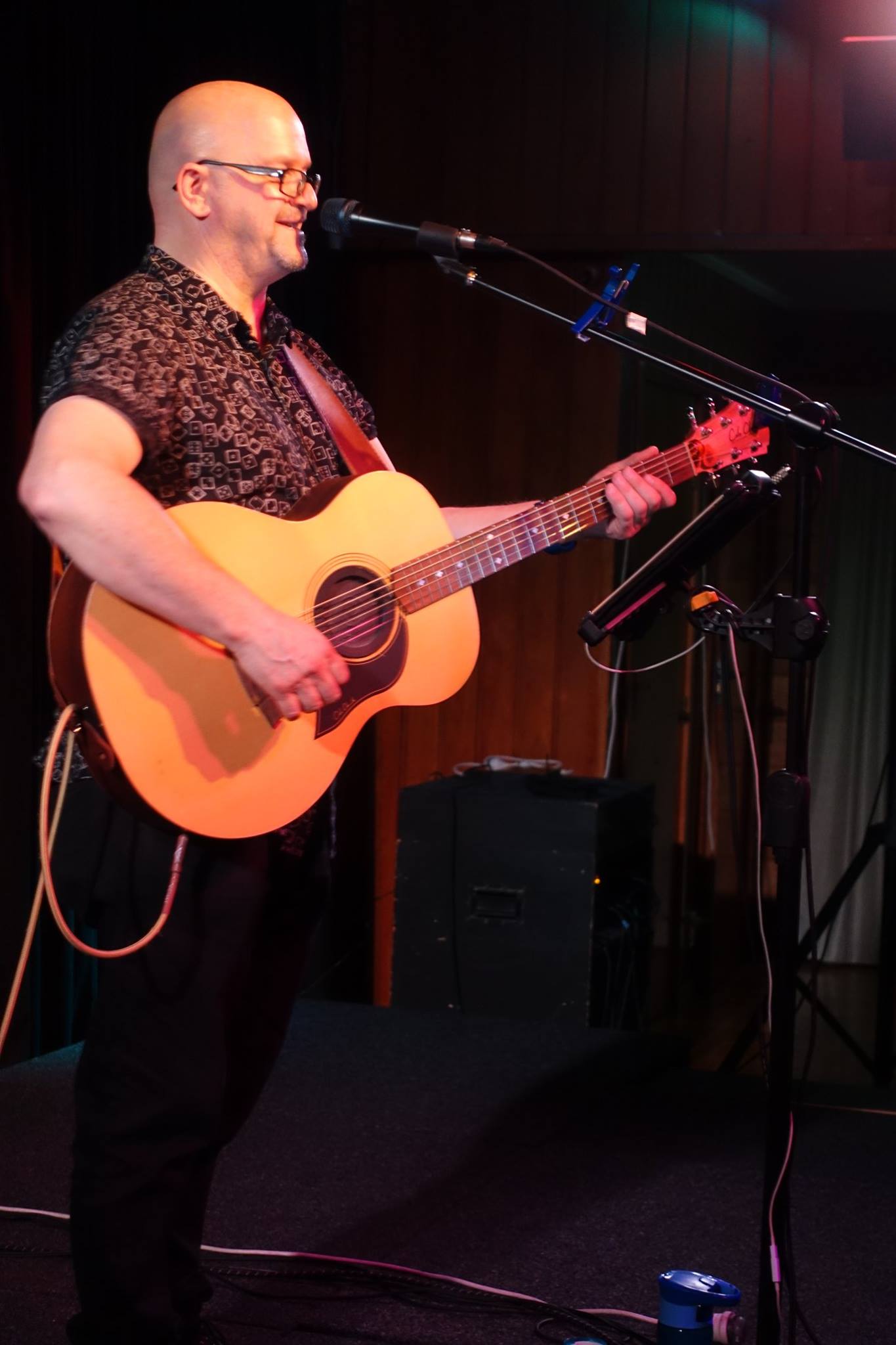 Eddie Simon expressed his nervousness to me before he performed at the club. On reflection is truly a compliment, as this illustrates his care about the audience, their opinion and that his songs are important to him and his wish to have his creativity positively received.

It became obvious very quickly that Eddie’s songs were a gift from his heart as well as his cornucopia of musical experience in his life. Eddie grew up in a musical family and told us about his performances with his two sisters and their natural harmonies. Eddie joined his first band at age twelve and had to be chaperoned to many of his gigs which were in licensed bars.

The interweaving of his musicianship into the song explanations were like the icing to a succulent cake, the touch of sweetness that enhanced the experience. We learned a lot over the night about Eddie and how music has enriched his life. Eddie shared that the Blues, Country and Rock’n’Roll were the major influences in his life, and that he had spent many years playing in a Rock’n’Roll band, and the work of Patsy Cline has also had a strong impact on his work. In the 1990’s Eddie hosted a TV show in Edmonton, Canada, performed with John Denver, and offered us a sing along song that we all knew from that era ‘Country Roads’.

The depth of experience was also there in the breadth of songs, a wide variety of timbre rang out, Blues, country, love song, humour, and songs that revealed a tenderness of spirit. This was all packaged with some inspiring guitar playing. There were guitar solos that made me go wow! This skill could have been utilised further to add further variety, many of the songs were catchy and I wanted to listen to more and adding a guitar solo would have allowed us the opportunity to savour a song for longer.

Laughing at himself is a strength of character that Eddie embodied with his award winning song ‘Chicken Legs and Man Boobs’, the irony that a song that draws attention to what could be called faults of stature became famous….. however he sung with gusto and a smile, which made the humour of the song even more appealing. This humour was contrasted with songs of tenderness, and Eddie described these as songs where he ‘can’t hide his feelings’. This is a gift, to be able to show vulnerability in performance and let us into an inner world is the real connection between a performer and the audience, a talent that Eddie displays with grace and ease. 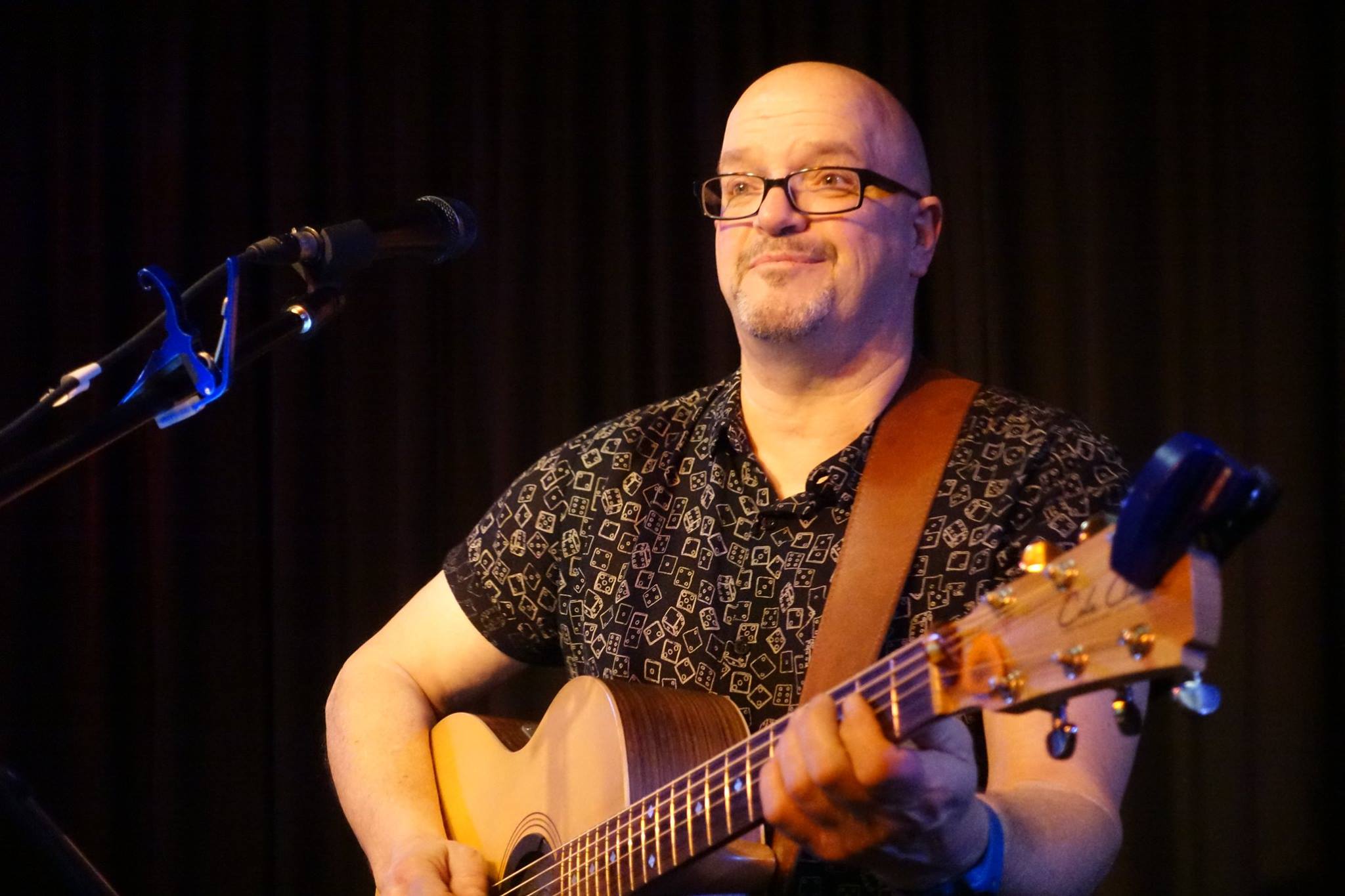 As a staff member at a local music shop Eddie has been the helpful conduit who has been quietly supporting the Folk Club by encouraging people to attend. We thank you for your trust in what our club offers and your effervescent belief in the importance of live acoustic music.

Our trust in Eddie’s ability to offer the club a night of entertainment was well founded, Eddie delivered in an engaging manner where his interactions with the audience were genuine and his talent shone. We wish Eddie all the best for his plans to finish his own CD, and look forward to hearing this in the future.