The Secret Lives of Ukulele

Rocking those ukuleles and cigar box guitars – throwing in bass and drums! Presenting with a rainbow mix of colour, all made for a kaleidoscopic extravaganza for the senses. The mood lighting enhanced the night; songs with water theme were reflected with a blue hue as the stage was bathed in ultramarine.

This contrasted with the warm hues that spotlighted the front row singers; Emily and Paul, which had them shining in halos of warm colour that The Secret Lives of Ukulele jam packed and filled the stage to brimming, although without Annie, who was convalescing, the sound was solid and complex. There was contrast, firstly with the variety of songs, the lead changed in songs, with Emily, Paul, Carl and Lynden sharing lead vocals and the juxtaposition of Pete on blues harp leading another.

From their purely strumming beginnings there is now depth of dimension with some break-out leads on a ukulele, violin and cigar box guitar which all added to the interest of the night. The addition of the audience participation with ukes, voice and kinaesthetic arm movements added for participation and enjoyment, and it was rewarding to see that the dancing shoes were put to use at the end of the night when people got up and danced. Some coordinated people even managed to dance and play the ukulele at the same time, great to see. 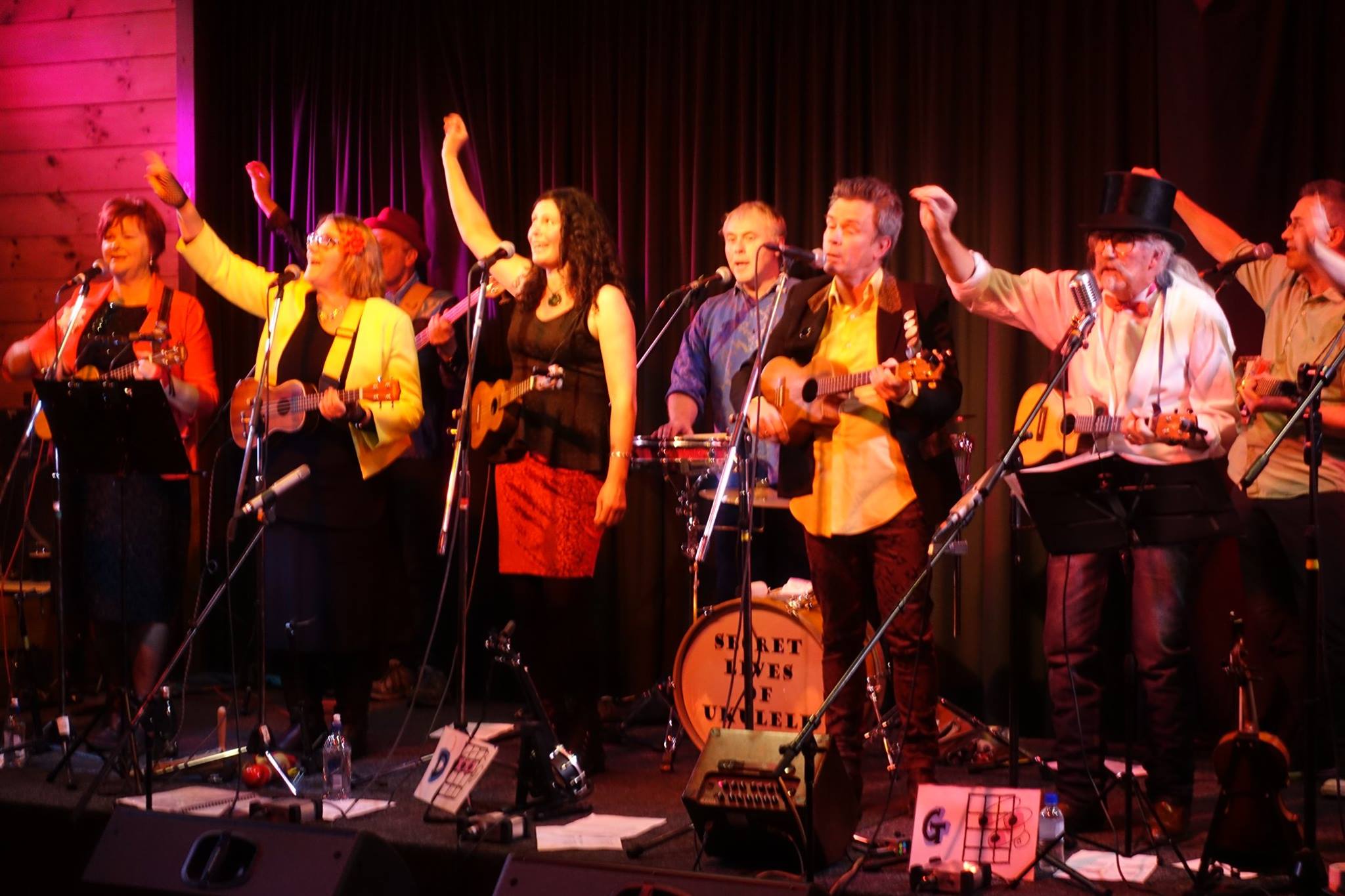 The band first came to the attention of the Folk Club when they attended an open mic night three years ago. From thence on this group have built on their eclectic mix of choice covers and fresh originals and have been heard from north of Amberley to the Lauder Uke Festival in Central Otago. Regular busking gigs at the Lyttelton; Opawa, Sumner and Sydenham Markets, and guest spots at the Geraldine and Lauder Ukulele Festivals and, the Canterbury Folk Festival, as well as a mix of gigs at private functions have all given the band the opportunity to hone their performance skills and learn which songs are appreciated by an audience as well as build an expansive repertoire.

The night was a success and as promised a night where The Secret Lives of Ukulele certainly shook the music down, and the groove rocked the night.